Magistrate Lai noted that there are approximately 250 million followers of the Mazu belief. In 2009, UNESCO inscribed the Mazu belief and culture on the Representative List of the Intangible Cultural Heritage of Humanity, calling on the international community to work together to protect it. Therefore, the "Penghu Matsu Culture Park", set up by the county government, not only showcases Penghu's historical status and cultural heritage, but also helps preserve this precious world cultural heritage.

Lai emphasized that because Mazu belief is an important spiritual icon for the people of Penghu, and also has huge tourism potential, the construction of the Dachang Mazu occurred during the term of office of former county magistrate Wang Chien-Fa in 2012. By the time he left office at the end of 2014, he had completed casting the pedestal and the bronze statue. However, only 83 days after former county magistrate Chen Guang-Fu took office, Chen brutally announced the suspension of the construction without the consent of the county council. As a result, the project, which had already seen investments of NT$300 million, was abruptly terminated, and Dachang Island became derelict.

Lai further pointed out that the cast bronze statue of Mazu could only be stored in its original location in the Changhua Foundry warehouse, for which the county government paid a total of nearly NT$11 million in storage rent from 2015 to 2020.In September 2019, accompanied by County Council Speaker Liu Chen Chao-Ling and a number of council members, he proceeded to Changhua to inspect the bronze statue of Mazu stored in a warehouse and saw on the spot that the head of the bronze statue of A-Ma was separated and in pieces. How could the people of Penghu accept this? Therefore, the county government decided to bring the statue back to Penghu.


Lai said that under the city council's recommendation, the county government conducted a second public county-wide poll to re-select the site, and finally chose the Magong City Chongguang Development Area as the final site. The council also agreed to spend the remaining budget of NT$250 million on the construction of the project within the originally approved funding, with NT$100 million and NT$150 million allocated for each of the two years, accounting for about 1% of the county government's annual budget, which would cause minimal financial impact and can make up for the huge losses caused by former county magistrate Chen Guang-Fu and create sustainable tourism benefits.

Penghu Matsu Culture Park can bring considerable tourism appeal to Penghu, said Liu Chen Zhao-ling, adding that it shall be greatly beneficial to linking tourism and surrounding attractions. The second and third phases of the project have already begun land preparation and planning, and will be developed into the most suitable public area for recreation and tourism in Penghu.

According to the Public Works Department of the Penghu County Government, the Penghu Matsu Culture Park is planned in three phases, including the first phase of the Mazu bronze statue project and its surrounding facilities. In the second phase of the original Chongguang Development Project and the third phase of the area between the Chongguang seawall and County Road No.35, the county government will create a new recreational park featuring a bronze statue of A-Ma as a landmark in conjunction with the Magong West Coastal Recreation Zone. 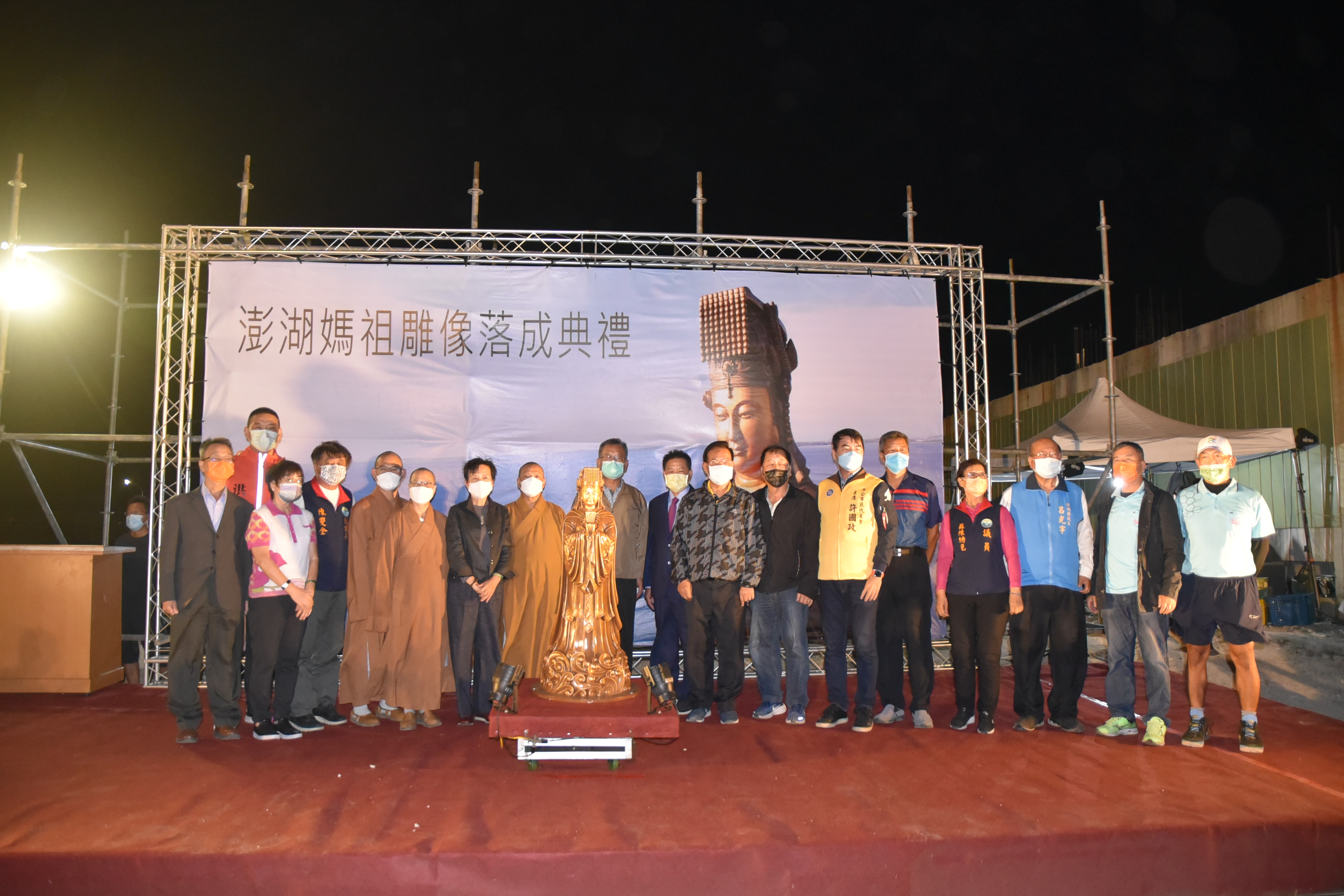 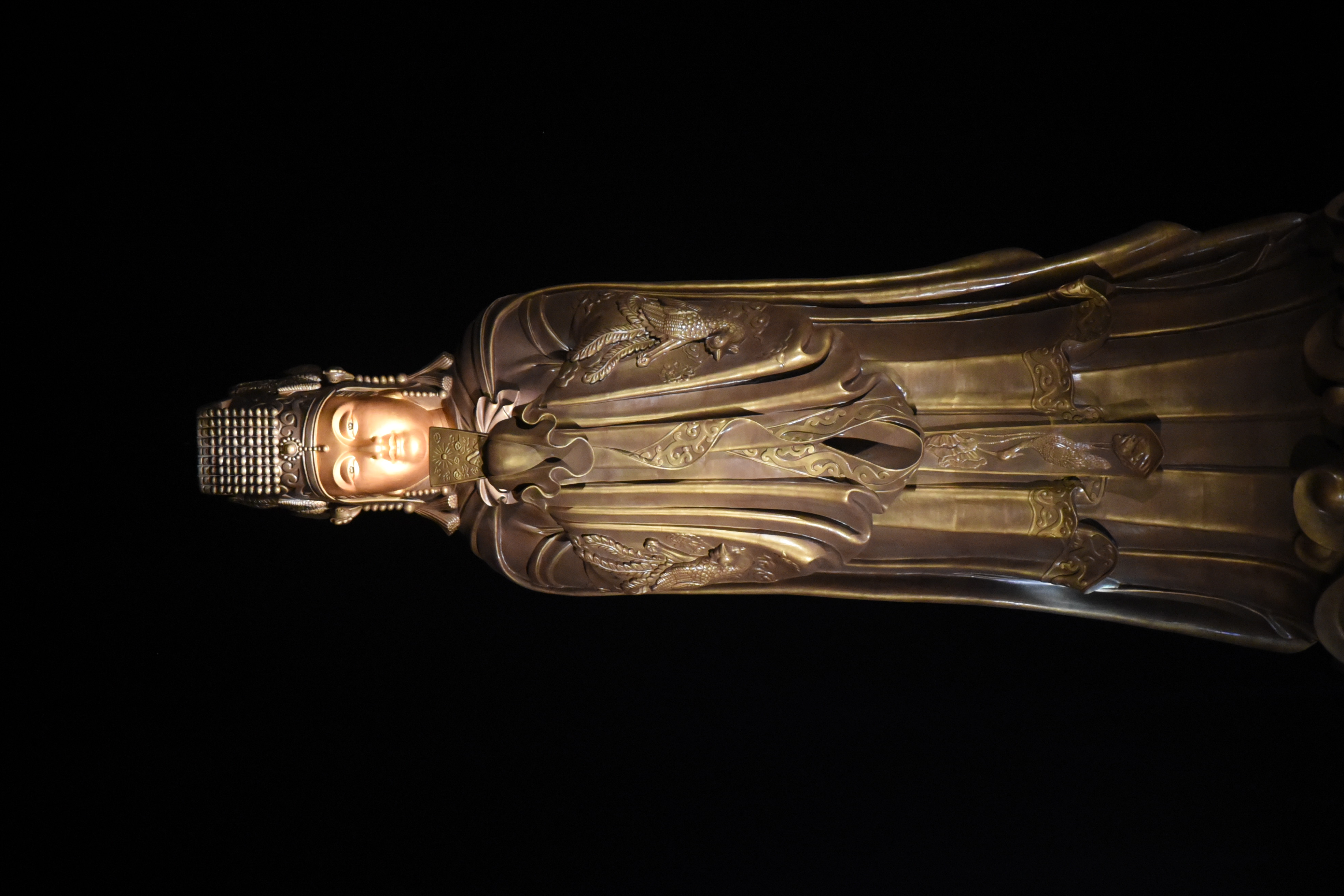