Lai Fengwei noted that the sea is being devastated by the abandoned fishing nets covering the coral reefs, causing serious coral bleaching and making it difficult for marine life to reproduce and survive. The county government has cleared more than 400,000 meters of underwater ghost nets over the past four years, and has trained 42 specialists as part of the Ghost Net Removal Task Force, and implemented a real-name registration system for nets, seeking to return a clean and safe habitat to marine life.

Council Speaker Liu said that the abandoned ghost nets are entangled in the coral reefs, seriously blocking the survival areas of fish and migratory routes, and that the county government has removed 400,000 meters of underwater ghost nets over four years, and that the results have had a deep and wide impact. It is hoped that the momentum of ghost net removal can be continued, and move towards the goal of "zero ghost nets".

During the event, Lai awarded 14 trainees who participated in this year's "Ghost Net Removal Personnel Training” course, calling on more volunteers to do their part for the ocean and strengthen the "Ghost Net Task Force".

The Department of Agriculture and Fisheries of the Penghu County Government stated that in response to the Executive Yuan's "Salute to the Sea" policy announced in 2020, the Bureau of Agriculture and Fisheries has received subsidies from the Fisheries Agency of the Council of Agriculture of the Executive Yuan this year to commission local diving operators in Penghu, the Chinese Taipei Underwater Federation, and the National Kaohsiung University of Science and Technology to jointly remove underwater ghost nets. The Penghu Marine Biology Research Center of the Fisheries Research Institute then carries out the verification work. In the past four years, over 400,000 meters of abandoned ghost nets have been removed, amounting to about 100,000 kilograms of discarded nets.

According to the Department of Agriculture and Fisheries, the county government has trained a total of 42 "Ghost Net Removal Task Force” members in four years. In addition to imparting the value and skills of removing ghost nets, the county government also combined the "CoralWatch Color Health Chart Survey" to help verify coral health check and underwater photography skills to record the underwater ecology. With a complete mechanism to restore the oceans to a clean environment with zero ghost nets, together we can remove marine debris, save the reefs and protect the oceans.

The Department of Agriculture and Fisheries stated that in terms of education and promotion, this year, the teachers and students of Fenggui Elementary School is the seed campus to learn to use marine debris to make "Toy Theater" and invited County Magistrate Lai Feng-Wei to record a "radio broadcast drama" to educate and entertain in a lively way, so that students can more easily understand the importance of proper marine debris disposal. 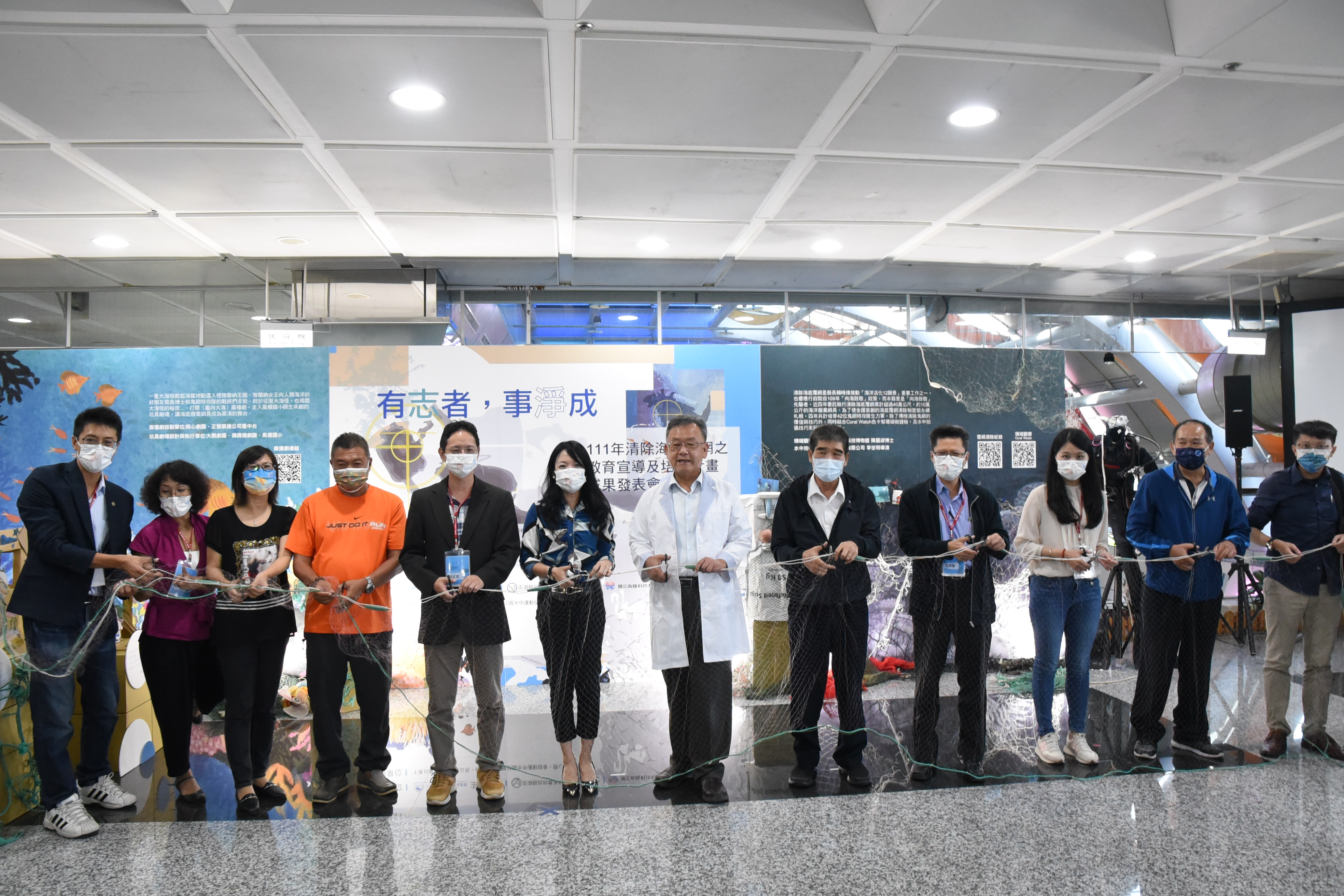 The Penghu County Government removed 400,000 meters of ghost nets over 4 years, ranking 1st among all administrative regions in Taiwan. 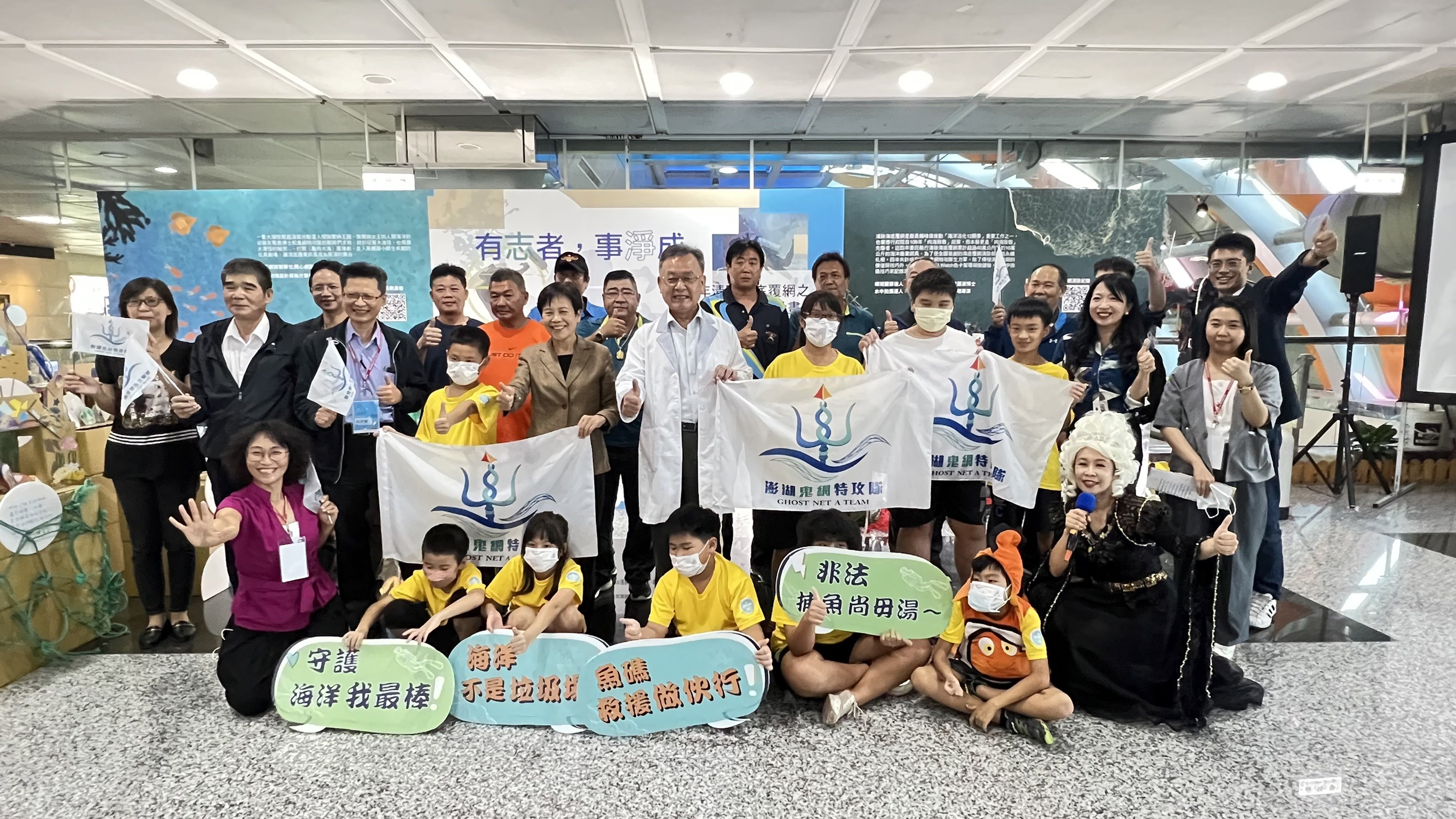